This afternoon, the Lewisburg Police Department in Tennessee, acting on information received during this investigation, were able to take Jeannette Funnen, Daemon Klingensmith and Ambrose Klingensmith into custody without incident.

Ambrose will be remain in the care of the local Child Welfare Authorities until Allegheny County Office of Children, Youth and Families can take custody of him. 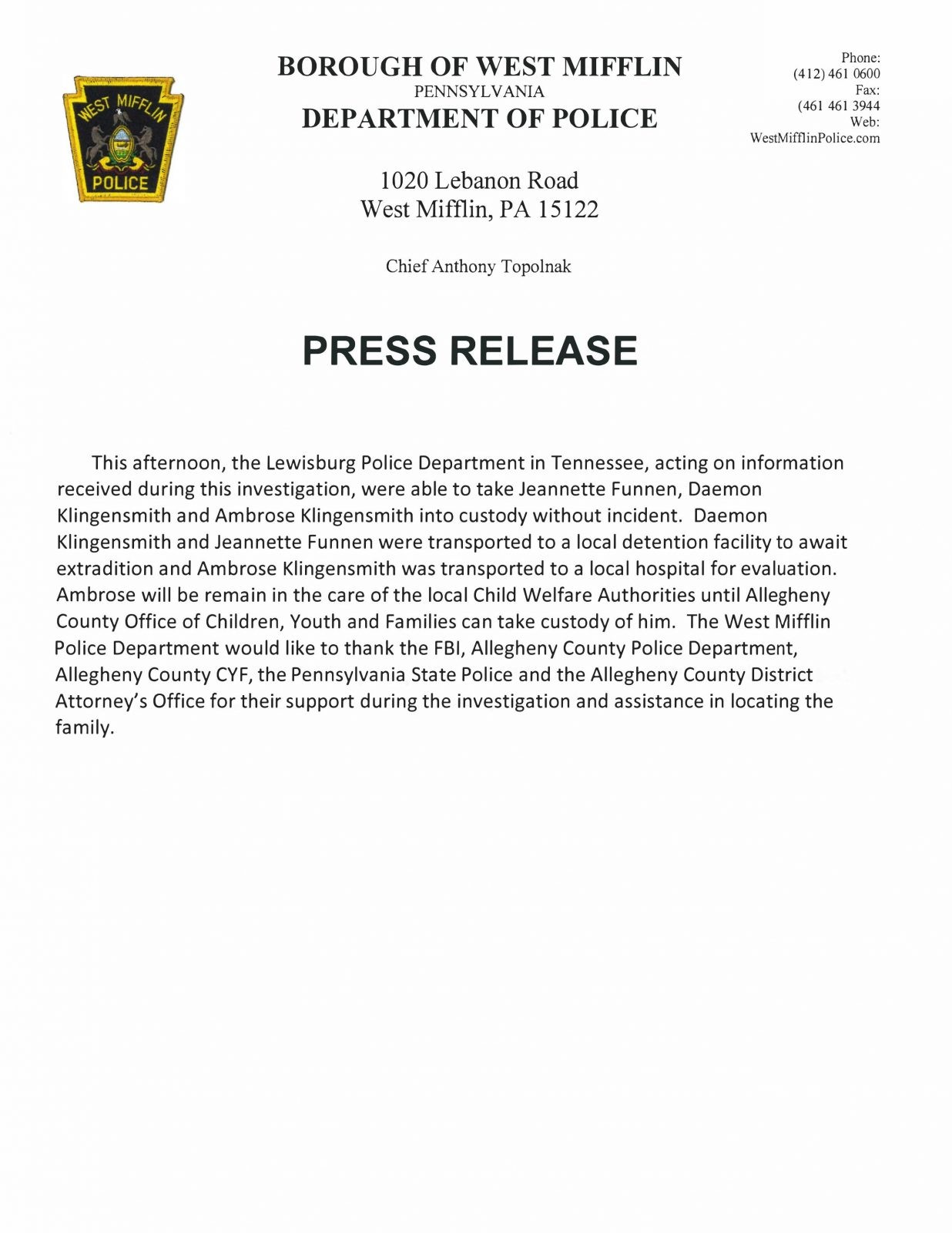