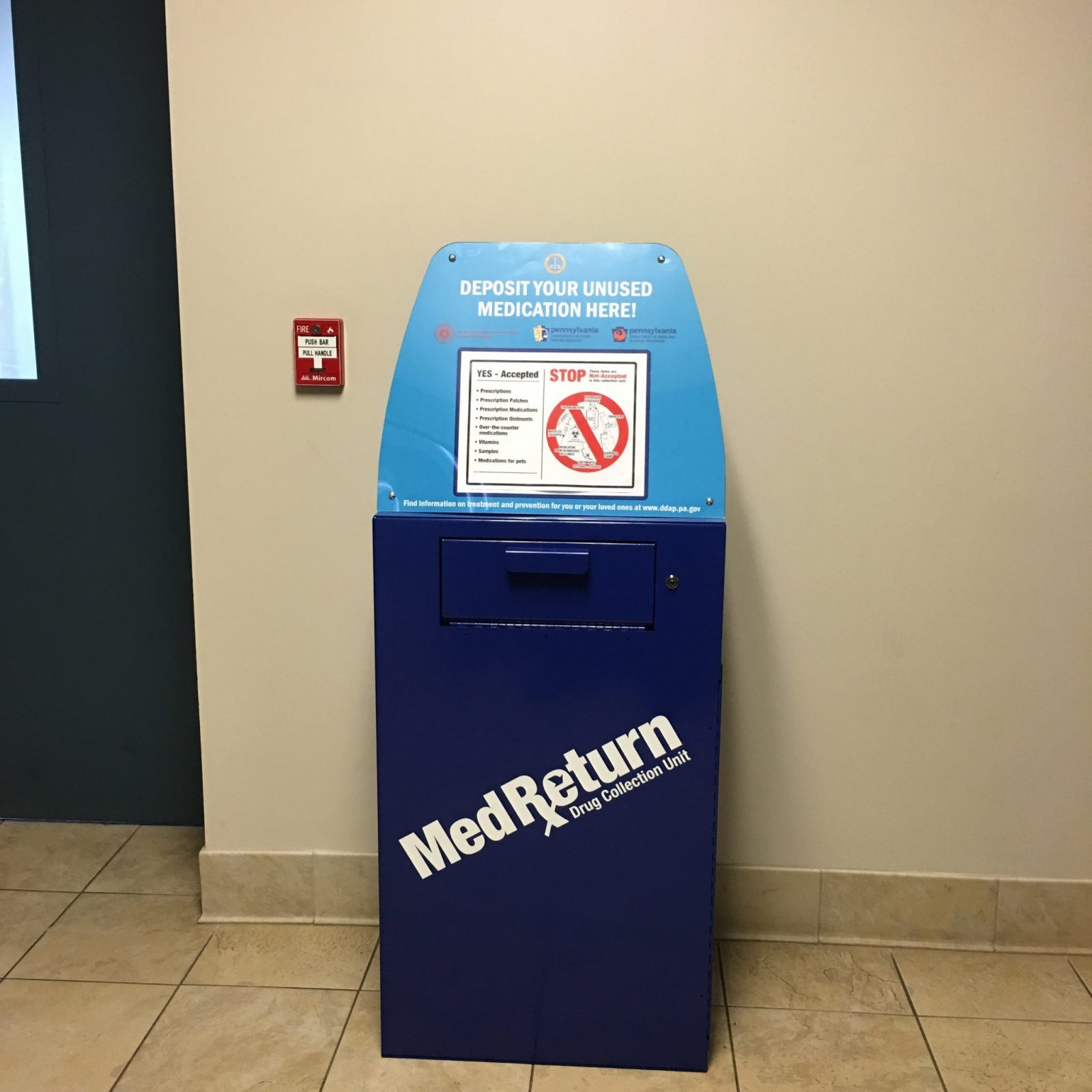 Always available… Easy to use… Safe… Every day 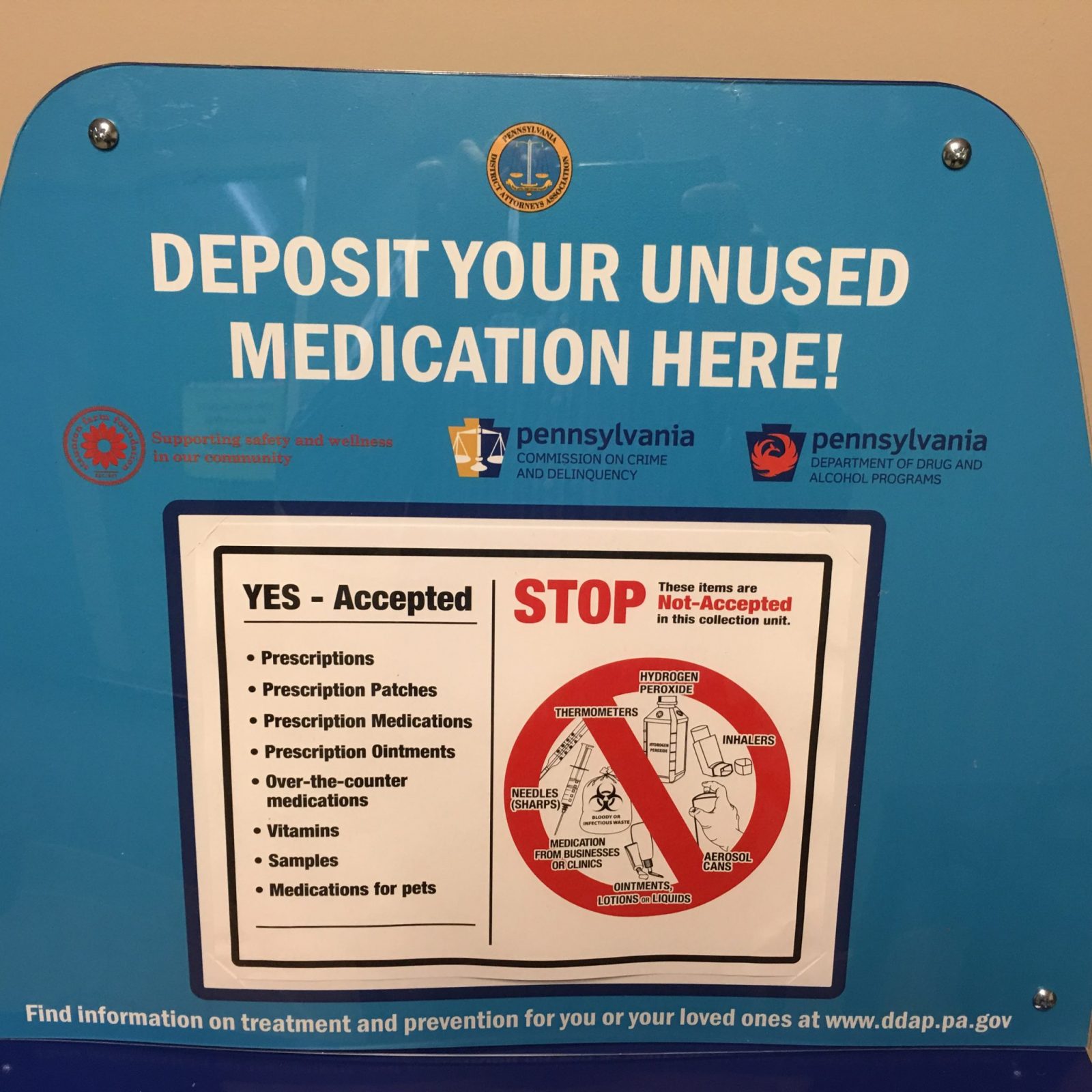 Prescription drug misuse, abuse and overdose are growing concerns across the nation. According to a 2011 survey in Pennsylvania, 14 percent of youth surveyed admitted to taking prescription drugs that were not prescribed to them and 18 percent felt that prescription drugs were not harmful.  Medicines that languish in home cabinets are highly susceptible to diversion, misuse, and abuse. Rates of prescription drug abuse in the U.S. are alarmingly high, as are the number of accidental poisonings and overdoses due to these drugs.  Studies show that a majority of abused prescription drugs are obtained from family and friends, including from the home medicine cabinet. In addition, Americans are now advised that their usual methods for disposing of unused medicines—flushing them down the toilet or throwing them in the trash—both pose potential safety and health hazards.

Preparing items for disposal at a Take-Back Box location

It should be noted that on April 30, 2016 from 10 a.m. to 2 p.m. the Drug Enforcement Administration (DEA) will give the public its 11th opportunity in six years to dispose prescription drugs.  The West Mifflin program works with and additionally to this program.  The service is free and anonymous, no questions asked.

If you need assistance in finding a treatment provider or funding for addiction treatment, please contact your
county drug and alcohol office or call the Pennsylvania Department of Drug & Alcohol Programs at 717-783-8200