On January 30, 2020, the West Mifflin Police Department responded to the Sunoco Crossroads for a reported armed robbery.

The actors showed a firearm and demanded money.

The actors left the store with an undisclosed amount of money in a silver Mercedes.

There were no injuries reported.
Through communication with surrounding police agencies, it was determined the actors committed other robberies in multiple jurisdictions. 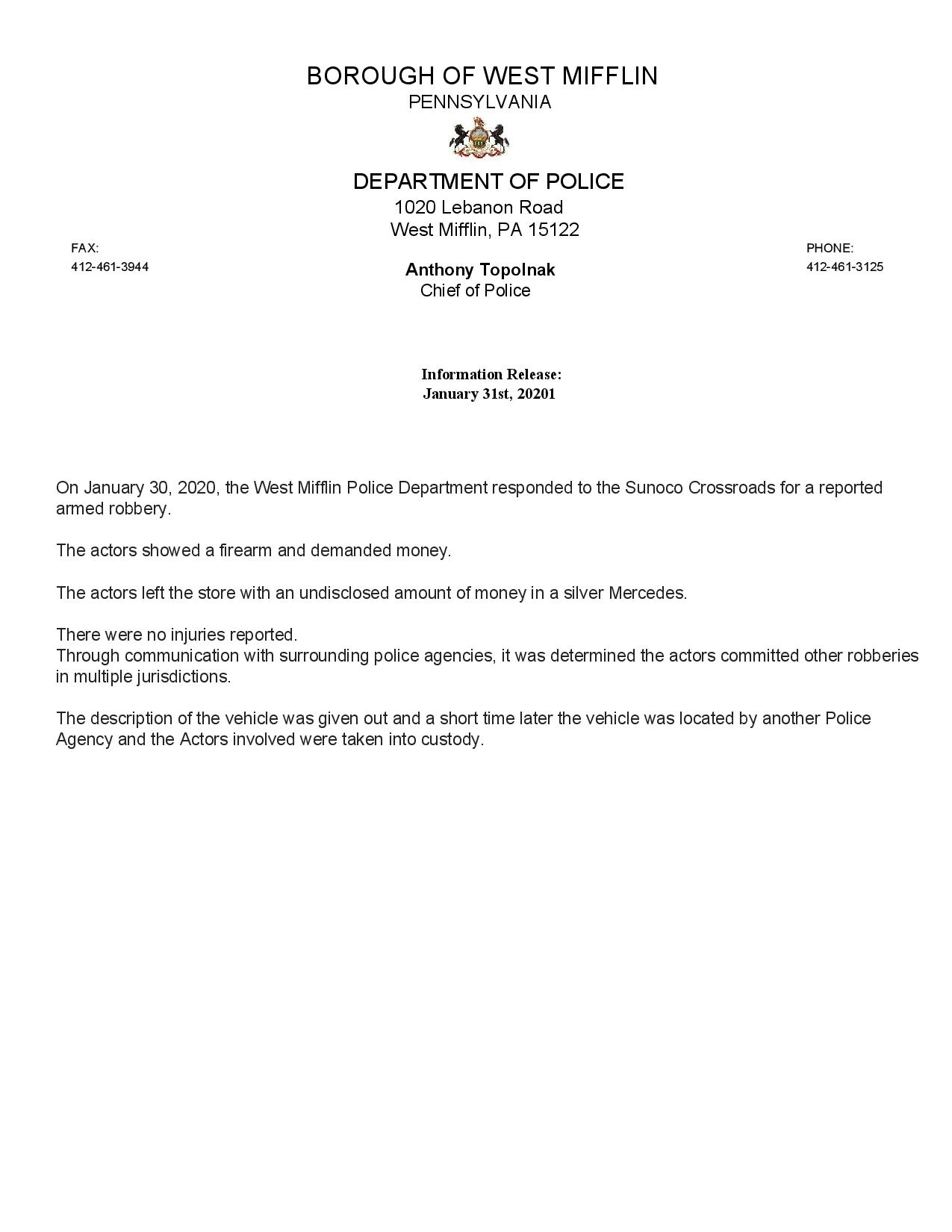