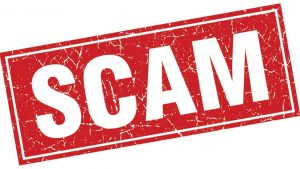 We’re aware of a telephone scam that is becoming alarming common.

Reports are that individuals receive a phone call from the above, unfamiliar number.
Upon answering the phone, a distressed (often) female (sometimes with an accent) voice: “Mom, Mom, they have me”, or otherwise claiming to have been kidnapped and begging for help.

It gets worse, there are reports that a male then gets on the phone, and calls the individual by first and last name.

In some cases, when the phone call hasn’t been disconnected – the callers have demanded tens of thousands of dollars for the release of said hostage.

Threats have been made, and further details discussed.