On July 25, 2019 at 08:41 hours a West Mifflin Police Officer responded to Walmart in West Mifflin for a criminal mischief report. The Officer was met by a Walmart Loss Prevention officer who reported the following incident.

The LPO was informed by an employee that on the day before he noticed urine on the floor near the potatoes in the produce area. The LPO then pulled video that depicted a female at approximately 22:10 hours on July 24, 2019 urinating in the potato bins. The LPO then reported the incident to the West Mifflin Police.

The Detectives of the West Mifflin Police Department investigated the incident and were able to identify the actor as Grace Brown and made contact with her. Ms. Brown along with her attorney came to the station where she identified herself as the person urinating on the potatoes.

The Allegheny County District Attorney’s office was contacted and recommended Brown be charged with Criminal Mischief, Open Lewdness, Disorderly Conduct and Public Drunkenness.
The US Attorney’s Western Pennsylvania Office was also informed of the incident. 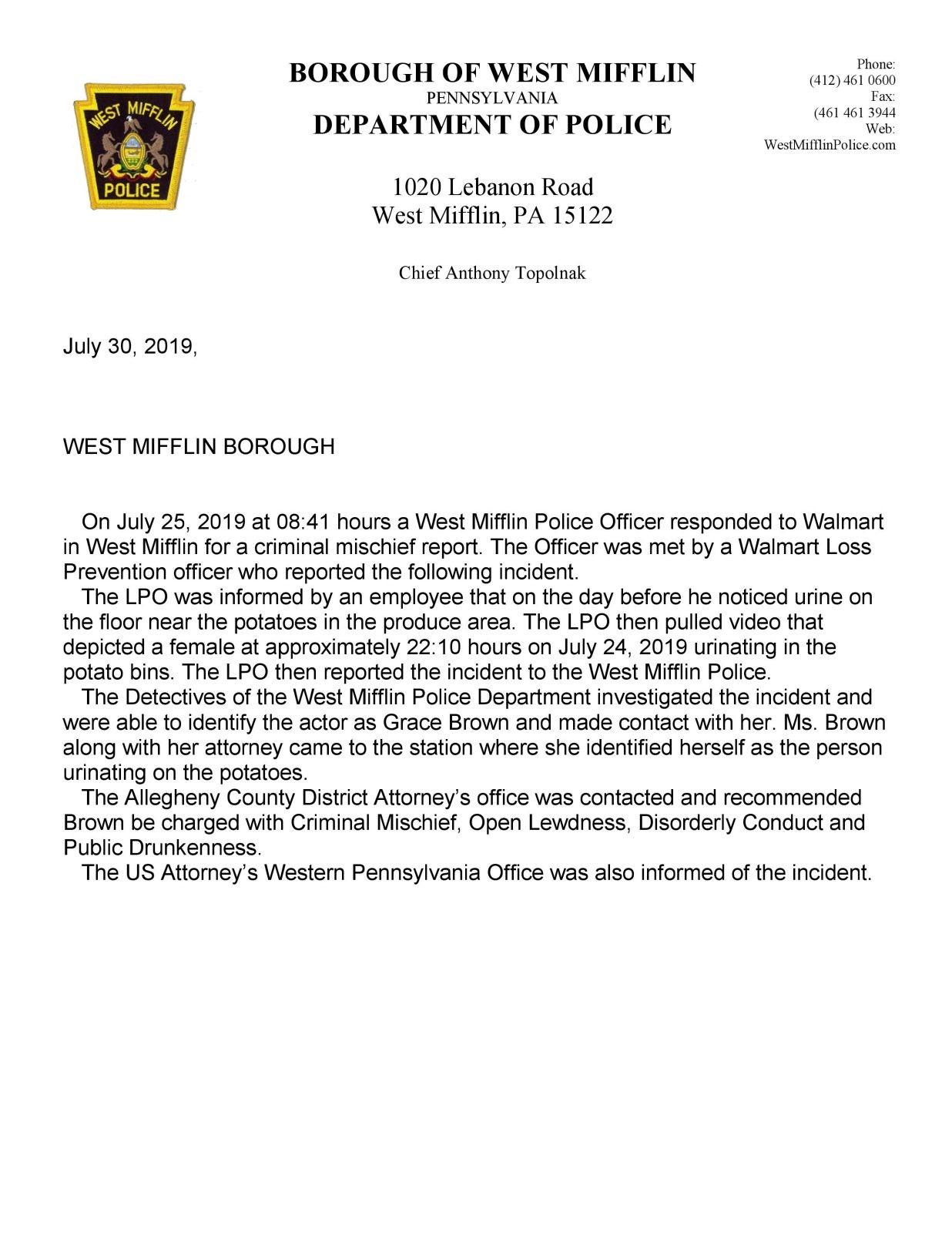